THANK YOU! A big feathery shout out to all those who ventured into Rita Grebe’s Palace at Village Green this year which saw 40,000 visitors! Rita didn’t see all of them but she and her chicks met quite a few!! There were so many inner birds located, PHEW! Many stories and some poignant dreams revealed and a handful of participants were given missions to complete on Wallasea Island.  It was good to learn that a birdwatcher has named a family of Grebes on the Island after Rita and I’ve heard that some of you came specially to the event to have a chat and a tweet with her.

Special thanks to her chicks: Angela Harper & Julia Delmas who helped so brilliantly on the day and Sundown Arts, where Rita held court; and of course to the brilliant citizens of Metal and the RSPB on Wallasea Island.

Birdwatchers’ Wives is supported using public funding by Arts Council England, a Time and Space Residency at Metal Culture  and the Royal Society for the Protection of Birds.

Many of you asked when the next workshops will be and where they can catch a glimpse of Rita Grebe: the next season will be announced here and on Twitter soon. Do please email me your address if you are thinking of booking a place as there are limited numbers. Twitchers!! Bird lovers!! LOOK TO THE MARSHES! Rita’s coming for you and you better be ready to fly. 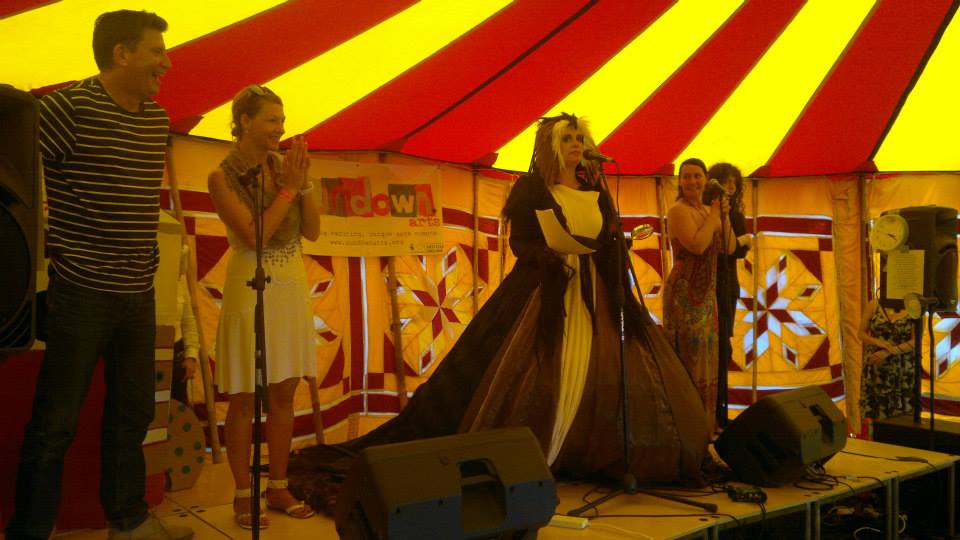 Locating Your Inner Bird at Sundown shot by Ray Morgan