Mertle Merman joins Cardinal Paul Green invite you to join them as they uncover and examine feelings of shame in Tate Britain moving between the comic, serious and the confessional.

Exploring the moral complexities of art and artists in the collection, their performative tour of the galleries follows on from The Shame Show hosted in early summer 2012 at MK Gallery in Milton Keynes, where they took a satirical look at the concepts of shame and the trivialisation of people’s emotions by the mass media.

In my Mertle persona, I have previously looked at people’s complex relationships with food. Mertle herself is from another time, the 1950s, where a housewife was as adept at emotional self-restraint as she was with making a Victoria sponge and consequently she acts a repository for people’s intimate moments of self-doubt or insecurity. Mertle becomes a non-judgemental listener and the audience become increasingly aware that beneath the confidently domestic exterior is a woman who shares their insecurities and self-doubt.

For this performance Mertle collaborates with Paul Green, also appearing in character as Cardinal Paul, whose ongoing curatorial project In Every Dream Home a Heartbreak takes a fresh look at sexuality and gender representation in non-mainstream culture.

We encourage the wearing of sack cloth and ashes, or similar. 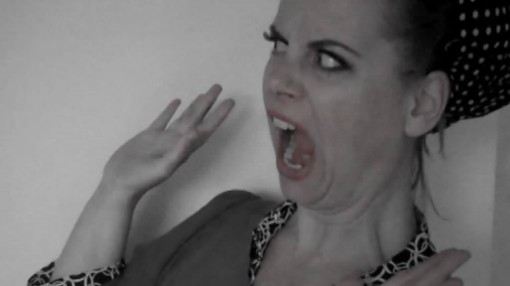 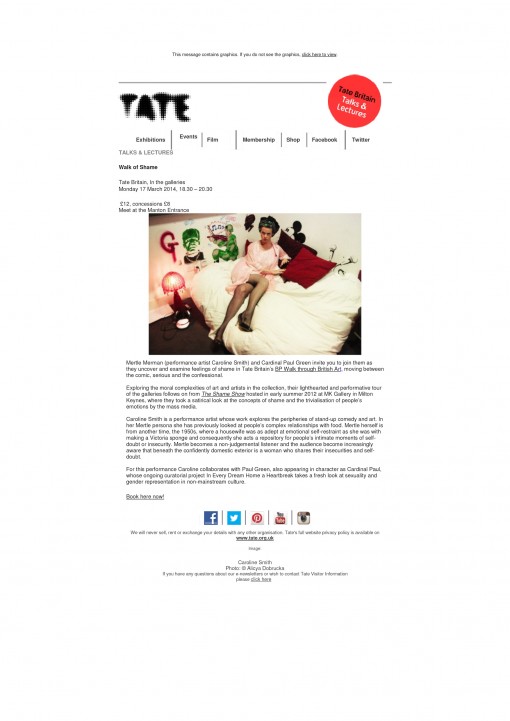