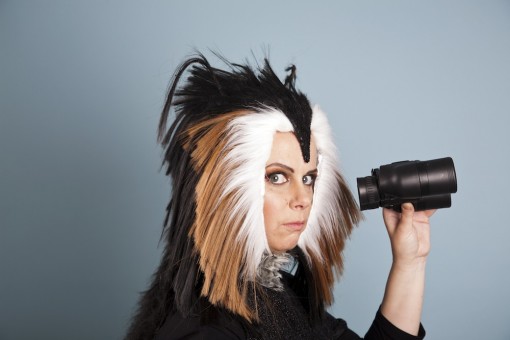 Birdwatchers’ Wives was originally a commissioned research project where I used a workshop format to investigate our relationship to birds – in particular working with the birding community from the RSPB, as well as the general public. The workshops featured on BBC Radio 4, Woman’s Hour. I am interested in how we consume birds – whether that’s through the consumption of feathers or through the gaze: how we look at them, the potentials of embodying them. The pilot research is now a fully fledged show, with dramaturgy by Mem Morrison. I am an Escalator East to Edinburgh artist: supported by the Arts Council of England, Metal Culture in Southend and additional support by Colchester Arts Centre and Chelsea Theatre. Birdwatchers’ Wives launches at the Edinburgh Fringe 2014, featuring the vocals of Maggie Nicols (who sung vocals on The Exorcist!) . 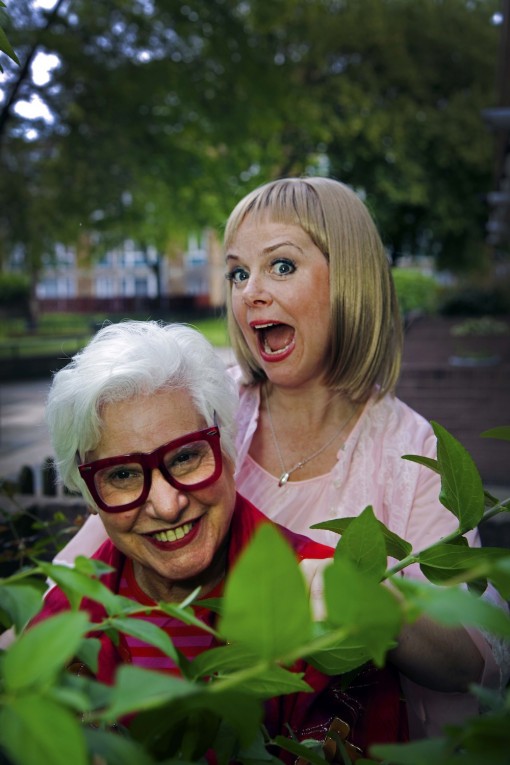 Louche Women is a monthly talk show co hosted by me and a special guest: for its first play away at Colchester Arts Centre in Essex, Sue Kreitzman (Channel 4′s Fabulous Fashionistas) will join. Louche Women presents life’s sordid underbelly, explosing topics with zeal that the media may choose to sideline. We’ve been called “subversively charming”, with a voice of “worldly experience”. Oo-er! Every month at the Poetry Place, London WC2. Check the Gigs page for the next outing, theme. If you bring A Thing, depending on our accurate Clapometer, you may even win a Louche Women prize. 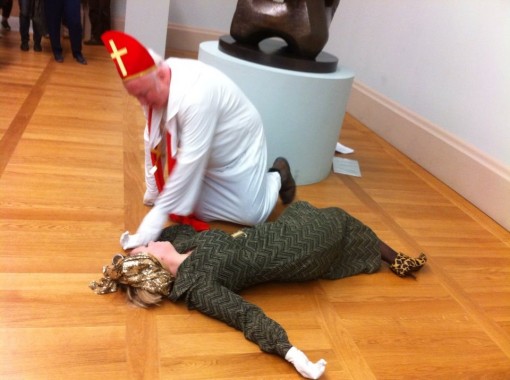 The Cardinal Paul (Paul Green, Avant Gardening) is now living on Mertle’s couch, direct from the Vatican.  Together, these two roam the galleries and museums of the UK, sniffing out the shame in their collections. So far Tate Britain (in a sell out show) and Milton Keynes gallery have been put through their paces. Can you imagine these two up your back alley? Mertle here is overcome by Henry Moore’s sculpture. 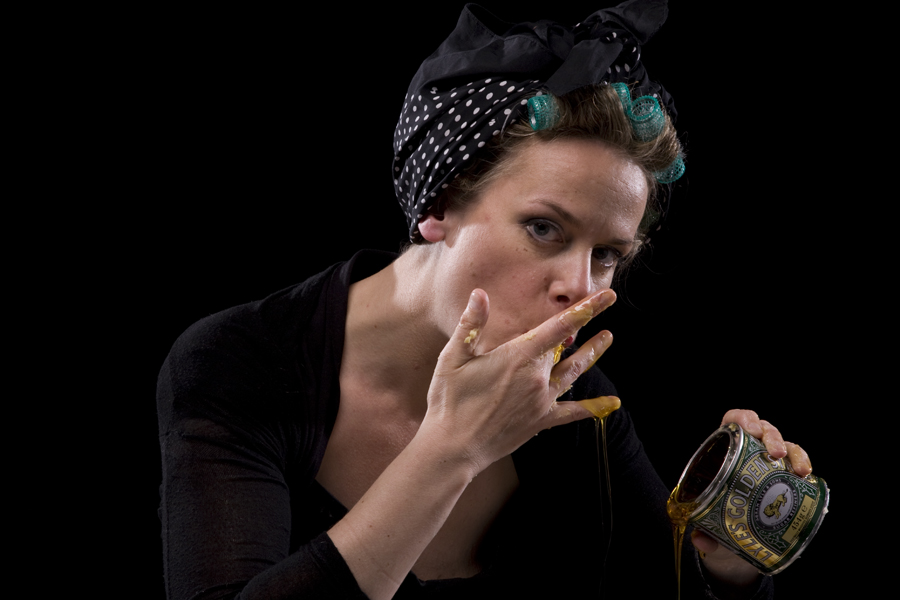 A participatory performance where my first alter ego Mertle asks the public for their eating secrets in highly intimate one-to-ones. The secrets are delivered back to the audience along with actions such as baking or painting with food. Eating Secret was selected for the Tate Modern (one of 5 international feminists selected for ‘Feminism and the Archive’, 2009), Camden Arts Centre (appearing in Sally O’Reilly’s Big Art Rip Off for Fake Modern, 2010), Cochrane Theatre (for GFest, 2009) and most recently to launch IMAF (International Festival of Performance) at the Multimedial Art Gallery in Serbia, as part of the art residency programme in 2010. I was invited to participated on Food Glorious Food, an arts panel along with Bobby Baker and Oreet Ashery to discuss her projects on food, organised by Live Art Development Agency at the International Institute of Visual Arts, (IniVA February 2010). Mertle has additionally offered advice on housework and cleaning tasks, using her easy-learn Butoh Theatre method on top of the Hayward Gallery. She also gave a special nine hole cleanse to someone who needed it. 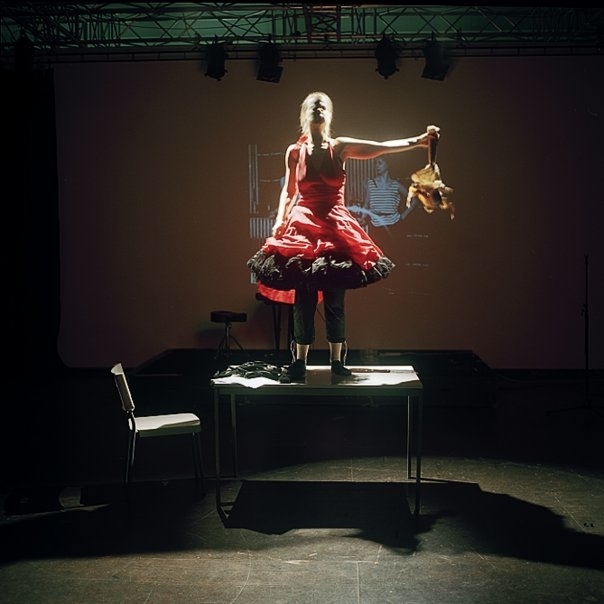 Hidden histories revealed through me doubling live and on video. Selected for the National Review of Live Art (2008) where I was International Elevator Artist, launching the Festival at Tramway in Glasgow; for the International Symposium of Intimacy at Goldsmiths in 2007, where I performed at Albany Theatre; for the art collective OMSK at the Whipping Rooms in the East End; and Bad Grrls, Gadgets and Guerrilla Tactics for ‘re:Actor 2: International Conference of Digital Arts & Performance’ at Leeds University.